O God, you willed to redeem us from all iniquity by your Son: Deliver us when we are tempted to regard sin without abhorrence, and let the virtue of his passion come between us and our mortal enemy; through Jesus Christ our Lord, who lives and reigns with you and the Holy Spirit, one God, for ever and ever. Amen.

When Jacob learned that there was grain in Egypt, he said to his sons, ‘Why do you keep looking at one another? I have heard’, he said, ‘that there is grain in Egypt; go down and buy grain for us there, that we may live and not die.’ So ten of Joseph’s brothers went down to buy grain in Egypt. But Jacob did not send Joseph’s brother Benjamin with his brothers, for he feared that harm might come to him. Thus the sons of Israel were among the other people who came to buy grain, for the famine had reached the land of Canaan.

Now Joseph was governor over the land; it was he who sold to all the people of the land. And Joseph’s brothers came and bowed themselves before him with their faces to the ground. When Joseph saw his brothers, he recognized them, but he treated them like strangers and spoke harshly to them. ‘Where do you come from?’ he said. They said, ‘From the land of Canaan, to buy food.’ Although Joseph had recognized his brothers, they did not recognize him. Joseph also remembered the dreams that he had dreamed about them. He said to them, ‘You are spies; you have come to see the nakedness of the land!’ They said to him, ‘No, my lord; your servants have come to buy food. We are all sons of one man; we are honest men; your servants have never been spies.’ But he said to them, ‘No, you have come to see the nakedness of the land!’ They said, ‘We, your servants, are twelve brothers, the sons of a certain man in the land of Canaan; the youngest, however, is now with our father, and one is no more.’ But Joseph said to them, ‘It is just as I have said to you; you are spies! Here is how you shall be tested: as Pharaoh lives, you shall not leave this place unless your youngest brother comes here! Let one of you go and bring your brother, while the rest of you remain in prison, in order that your words may be tested, whether there is truth in you; or else, as Pharaoh lives, surely you are spies.’ And he put them all together in prison for three days.

To the leader: with stringed instruments. Of David.

Hear my cry, O God;
listen to my prayer.
From the end of the earth I call to you,
when my heart is faint.

Lead me to the rock
that is higher than I;
for you are my refuge,
a strong tower against the enemy.

Let me abide in your tent for ever,
find refuge under the shelter of your wings. Selah
For you, O God, have heard my vows;
you have given me the heritage of those who fear your name.

Prolong the life of the king;
may his years endure to all generations!
May he be enthroned for ever before God;
appoint steadfast love and faithfulness to watch over him!

So I will always sing praises to your name,
as I pay my vows day after day.

It is actually reported that there is sexual immorality among you, and of a kind that is not found even among pagans; for a man is living with his father’s wife. And you are arrogant! Should you not rather have mourned, so that he who has done this would have been removed from among you?

For though absent in body, I am present in spirit; and as if present I have already pronounced judgement in the name of the Lord Jesus on the man who has done such a thing. When you are assembled, and my spirit is present with the power of our Lord Jesus, you are to hand this man over to Satan for the destruction of the flesh, so that his spirit may be saved on the day of the Lord.

Your boasting is not a good thing. Do you not know that a little yeast leavens the whole batch of dough? Clean out the old yeast so that you may be a new batch, as you really are unleavened. For our paschal lamb, Christ, has been sacrificed. Therefore, let us celebrate the festival, not with the old yeast, the yeast of malice and evil, but with the unleavened bread of sincerity and truth.

Then he went home; and the crowd came together again, so that they could not even eat. When his family heard it, they went out to restrain him, for people were saying, ‘He has gone out of his mind.’ And the scribes who came down from Jerusalem said, ‘He has Beelzebul, and by the ruler of the demons he casts out demons.’ And he called them to him, and spoke to them in parables, ‘How can Satan cast out Satan? If a kingdom is divided against itself, that kingdom cannot stand. And if a house is divided against itself, that house will not be able to stand. And if Satan has risen up against himself and is divided, he cannot stand, but his end has come. But no one can enter a strong man’s house and plunder his property without first tying up the strong man; then indeed the house can be plundered.

‘Truly I tell you, people will be forgiven for their sins and whatever blasphemies they utter; but whoever blasphemes against the Holy Spirit can never have forgiveness, but is guilty of an eternal sin’—for they had said, ‘He has an unclean spirit.’

The True Kindred of Jesus

“All the work and sacrifice we accomplish — even in the cause of world evangelism — can never be pleasing to the Lord unless it is done from a pure and holy heart.”
— excerpt from Road to Reality
—— Metropolitan Yohan

Cook the beets until tender, peel and slice or dice them. Cover with the sauce made as follows and serve very hot.
Cook the orange rind, salt, water and lemon juice for about five minutes. Add the butter and the cornstarch, dissolved in the orange juice and cook, stirring constantly until the sauce is thick and smooth and has no raw taste. Then add the cooked beets and reheat. 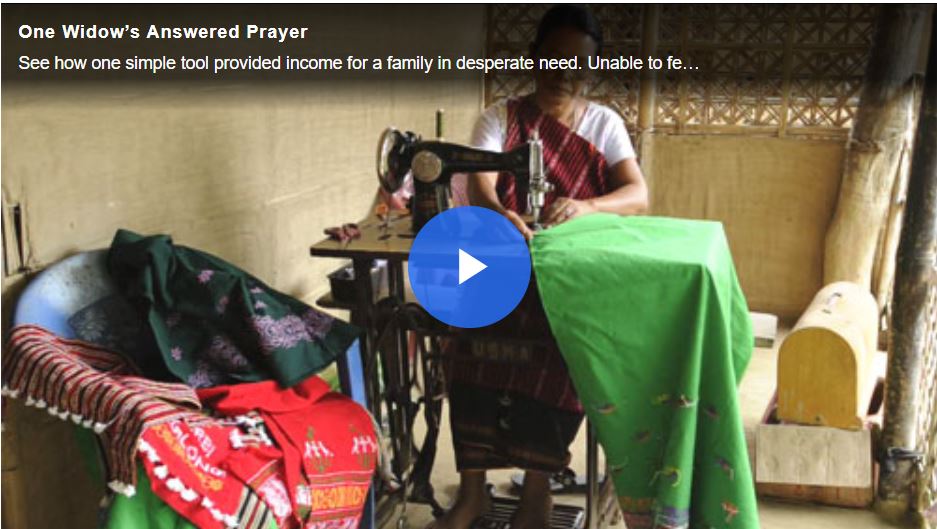 See how one simple tool provided income for a family in desperate need. Unable to feed her children, this widow cried out to God. See how her prayer was answered.