A Burden Slides Off Preteen Girl's Back

Against an angular backdrop of steep hillsides and spacious valleys, Sahlma waged an uphill battle. A load bore down on her small frame as the girl pressed onward. The preteen shouldn’t have been working as a porter, a physically demanding job that required transporting groceries, sand and firewood up and down the mountainside to people. She didn’t like being a porter. But how else could she provide for her siblings? Sahlma’s life, like her work, was a struggle.

Sahlma was only 9 when disaster—in the form of a 7.8-magnitude earthquake—struck her community in 2015. With their homes reduced to rubble and their possessions buried, Sahlma’s family and their neighbours struggled to survive. GFA missionaries and government workers distributed food and tarps for shelter, which gave temporary relief. But with their village lying in shambles, how would these families provide for themselves? 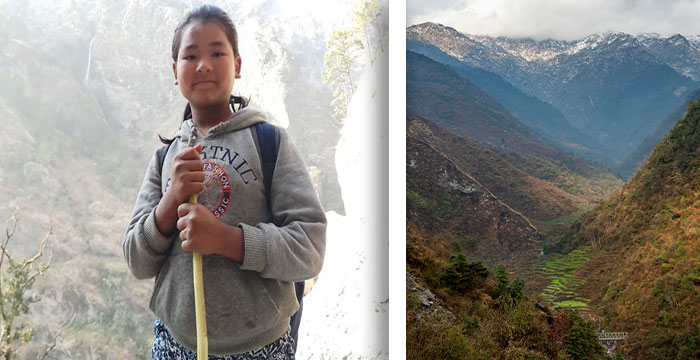 Sahlma (pictured) once had to work as a porter, hauling loads on her back over rugged terrain, to help provide for her siblings.

Sahlma’s parents made a difficult decision: They went to find work in a nearby town, leaving Sahlma, her sister and her two brothers at home. Sahlma took on the burden of taking care of her siblings and maintaining the household. Though their parents sent money, Sahlma struggled to buy food and meet all their needs. Still a child, the 9-year-old girl started working as a porter to earn more money.

The job required Sahlma to traverse the rugged terrain and steep slopes of her mountainous region. Perhaps she, like other porters in the area, carried a loaded basket on her back, fastened by a strap across her forehead. On average, women who work as porters in Sahlma’s region carry 70 percent of their body weight.1

According to a 2007 study co-authored by Shannon Doocy of the Johns Hopkins Bloomberg School of Public Health, children who work as porters experience a greater risk of missing school, and they face health and safety risks. In comparison with the children who didn’t work as porters, child porters had a significantly lower body mass index and were nearly twice as likely to suffer from anemia (a shocking 30 percent were anemic). Their risk of sexual assault was also 10 times greater. Ninety-one percent of the child porters said they “felt portering negatively impacted their general well-being.” The study authors concluded that children who work as porters face threats to their emotional and physical health and to their education, which may lower their chances of finding better employment in the future and escaping poverty.2

On average, women who work as porters in Sahlma’s region carry 70 percent of their body weight. 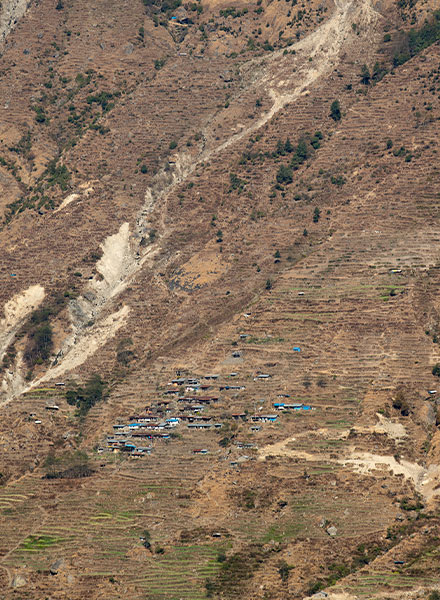 Sahlma’s village (pictured), nestled in a hilly region, was virtually destroyed during a 2015 earthquake.

Poverty and child labour were threatening Sahlma’s health, education and future. Her parents noticed the toll that working took on their daughter.

“Sahlma lost her smiling face due to hard labour as a mountain porter [at] such a young age,” they later said.

But if Sahlma didn’t work, how would she and her siblings eat? Her parents were trying but failing to meet their children’s needs, and Sahlma had to do something to provide for her brothers and sister.

Then, staff from GFA World’s Child Sponsorship Program, which had operations in the nearby town where Sahlma’s parents worked, heard about Sahlma’s situation. The child sponsorship program, which was designed to provide help and hope to children in need, along with their families and communities, could improve opportunities for Sahlma and her family. With solutions such as education and food, the child sponsorship program would help Sahlma to thrive—and the benefits would impact her family.

Wanting to help the girl who was working at far too young an age, the staff enrolled Sahlma into the program. This relieved a financial burden from the family by providing Sahlma’s school tuition, school supplies and nutritious meals. No longer did Sahlma have to work. No longer was it a struggle to buy enough food for the family.

“I am eating such tasty food here,” Sahlma later said of the program as tears filled her eyes.

Eventually, Sahlma and her siblings were able to move to the town where the sponsorship program operated—and where her parents lived. As Sahlma continued to participate in the program, she received care, love and encouragement, and she became interested and diligent in her studies. 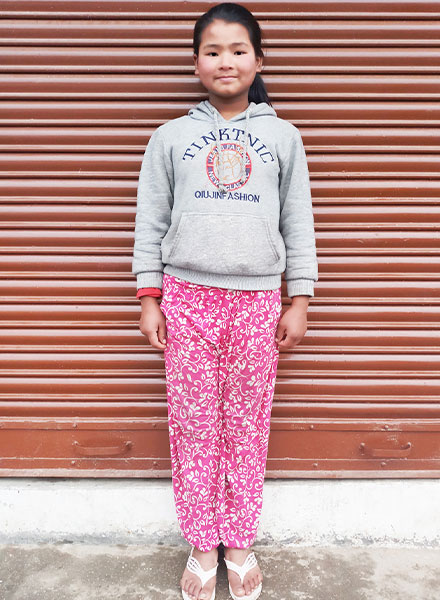 Through GFA World’s Child Sponsorship Program, God provided for Sahlma (pictured) and removed a financial burden from her and her family.

“Sahlma is a hardworking and attentive student,” said one staff member.

Sahlma’s parents have continued their hard work farming to make ends meet, but they are thankful the child sponsorship program stepped in to help provide for some of their children’s most important needs. That has taken the weight of worry off their hearts—and off Sahlma’s back.

Sahlma’s future now has hope. Although she once had little chance of excelling in and continuing school because of low nutrition and child labour, which drained her energy and her time, she now excels in school and especially enjoys math and reading.

The girl who had once lost her smile now has a sparkle in her eyes as she aspires to achieve an education and a career. She wants to become a social worker to help people, especially children in need, as she once was.

“I want to bring [a] smile to people who are in pain and suffering,” she says.

Help Lift Them from Desperation

GFA World’s Child Sponsorship Program is helping children who are in desperate circumstances. Due to poverty, many of these children don’t have adequate nutrition or clothing, and they have little chance of continuing and completing school. They may, like Sahlma, be pushed into child labour, child marriage or other forms of exploitation. 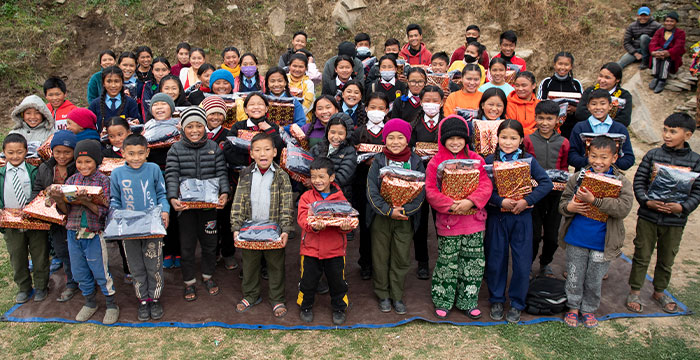 Child sponsorship brings practical help and lasting hope to children like Sahlma and the other students in her sponsorship program (pictured), who received school supplies at an event during the pandemic.

The care and support offered by the sponsorship program, however, meets vital needs in children’s communities, making kids less vulnerable to exploitation and equipping them with tools, like education and training, to meet their goals in life. You can help more children get the chance for a brighter future.