Would you rather search by topic?

How to Pray Against Child Labour

According to UNICEF, around 1 in 4 children are engaged in child labor in the world’s poorest countries. [1] Overall, one hundred sixty eight million children are estimated to be involved in child labour worldwide, which is slightly more than half the population of the United States.

Not all children are forced into child labour. Some will go to work to help support their family’s income. Others, however, are abducted by strangers and put into forced labour, or even trafficked and exploited in the sex trade.

As we observe World Day Against Child labor, join us in prayer for the children in Asia and around the world who are at risk of being caught in slavery or some other form of child labor. 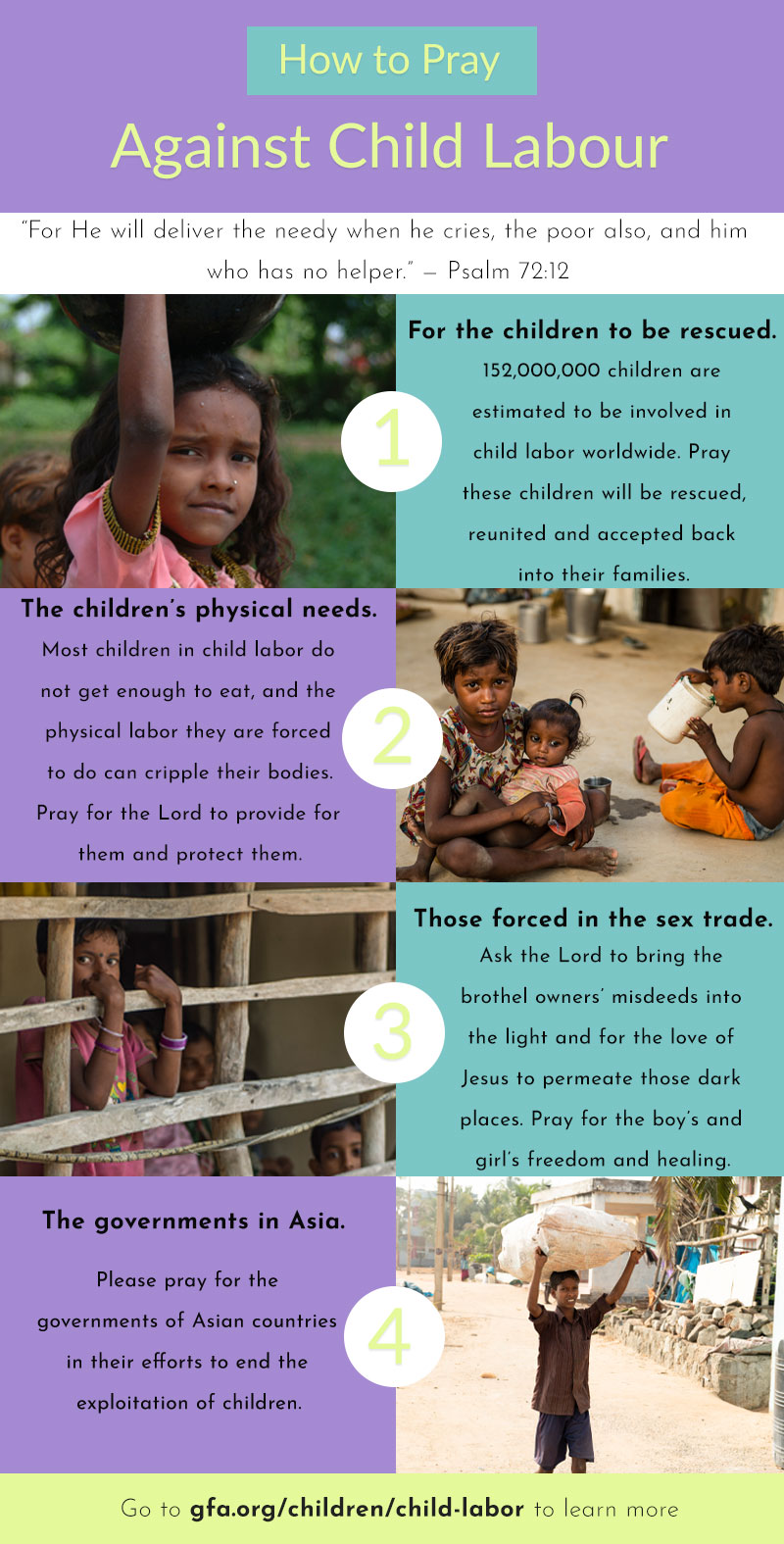