A Church Without a Home

Sanjivan had lain paralyzed and bedridden for several years. There was no cure, there was no hope. And he was so young. He barely had the chance to live out his life. Then Sanjivan and his family met Pastor Ekanpreet.

“When we talked about God’s healing, care and love to them, there was a hope in this family,” Ekanpreet shares.

Some GFA-supported women missionaries also served in the area and began ministering to the family. They visited often and massaged Sanjivan’s body with oil. Seeing the tender care and love of God’s people deeply moved the family. But Sanjivan didn’t recover. Even when the young boy passed away, the family didn’t doubt God’s goodness.

That was the very beginning of a fellowship in the tea estate. Sanjivan’s family was the first one to trust in Jesus. Gradually, two to three other families joined them in loving Christ. The fellowship built a temporary shed with their meager earnings, and it opened a wider door for ministry.

“Once we constructed the church’s temporary shed, people started to observe us,” Ekanpreet says. “Gradually, people were hearing about what we were saying, and they were coming . . .”

But then some people began harassing them. They interrupted worship services, telling Pastor Ekanpreet and others to stop ministering in their area. When the believers continued to gather, the group demolished the temporary church structure and beat the believers. From then on, persecution only increased.

The believers endured a barrage of physical and mental persecution. They were cut off from the public well; they were arbitrarily slapped as people walked by; they were put in danger if they climbed a ladder for work, because villagers would pull the ladder from under them so they could fall.

The children experienced opposition also. Their teachers ignored them, or their neighbors would suddenly beat them until their ears bled.

“Those kinds of opposition kept happening,” Pastor Ekanpreet says, “but it did not discourage us. … We kept praying, fasting and asking for the Lord’s guidance.”

“Those kinds of opposition kept happening, but it did not discourage us. We kept praying, fasting and asking for the Lord’s guidance.”

There came a time when Pastor Ekanpreet and other ministry workers couldn’t enter the tea estate, knowing it would cost their brothers and sisters in the Lord a tremendous amount of opposition. But the believers remained firm in their faith.

Tribulations of a Temporary Church

The believers proposed contributing some money to buy a piece of land to build another temporary place of worship outside the tea estate so they could gather with the missionaries. With their meager earnings, they leased a 30-feet-by-60-feet piece of land and constructed a tin-roofed shed. For three years they gathered there to worship the Lord.

During the rainy season, the believers stood in two to three feet of water during their Sunday worship. Sometimes they stood for two hours. Then there were times when strong winds would blow the tin sheets off the roof or wild elephants would trample over the shed.

“Although [the shed was] repeatedly destroyed and reconstructed, we used to take it lightly and just tell the believers, ‘OK, let the elephant destroy. We will again rebuild it,’” Ekanpreet recalls. “But inside we were really discouraged and sad. I could not show my displeasure and my sadness to the believers, otherwise they would be disturbed and discouraged. Though I showed that it was a light thing, I was bereaved, discouraged, and I was really sad for not having a better house and better place.”

Eventually, they bought a larger piece of land, and even though the same troubles that plagued them at their former location followed them, the believers continued to trust the Lord and pray. Two years later, they finally had their very own permanent place of worship constructed of cement. It was a building no wild elephant could destroy, and a place where believers could meet and know they were safe. They were now free to worship the One who hears their cries.

And because of its location outside the tea estate, there’s been more opportunities for ministry.

“Initially I asked God, ‘Lord, why You did not allow us to have a church inside [the tea estate] where we were doing the ministry?’” Ekanpreet recalls. “But the Lord didn’t give us land there. Instead, the Lord gave us land outside . . . in a small village. Now I understood why the Lord gave us that land: because there are several villages surrounding us. … We are at the center of all those villages. So now we have believers coming from all the surrounding villages.”

Pastor Ekanpreet, the believers and other GFA-supported workers serving in the area endured several obstacles for many years as they waited on the Lord to answer their prayers and provide. When He did, it was more than anything they ever could have imagined.

Learn more about the importance of church buildings 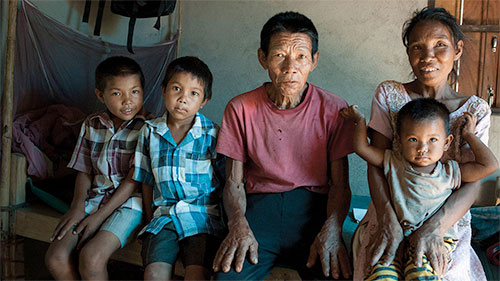 Beady eyes surveyed the landscape without fear. A long, snakelike trunk searched the ground, looking for consumables. Two ivory tusks protruded from the mouth of this king of beasts. Four legs, like tree trunks, supported the mammoth body as it moved through the familiar domain. 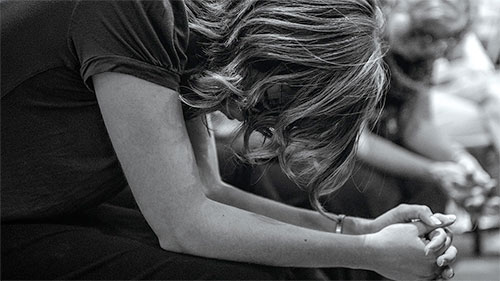 My Life for His Glory

One chilly morning in Texas, a young woman sat on a bench near a pond and watched the sun peak above the horizon. Her heart cried out for one thing: Love. Love for others, love for God, to understand God’s love for her. During her months in GFA’s School of Discipleship program, she learned about the absolute necessity of love. And she wanted it.

Life on a Tea Estate

Sanjivan had lain paralyzed and bedridden for several years. There was no cure, there was no hope. And he was so young. He barely had the chance to live out his life. Then Sanjivan and his family met Pastor Ekanpreet. 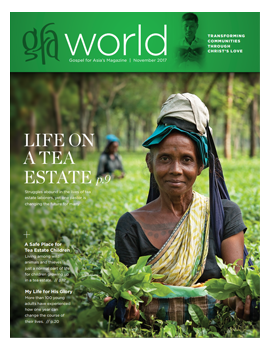