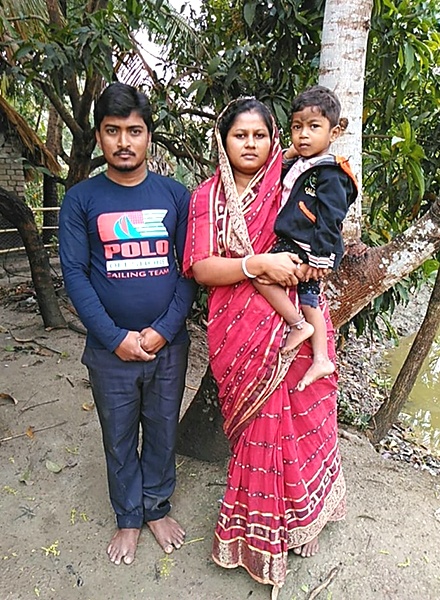 What was wrong with their son? Why did his condition linger? Would it take his life?

Living in a remote village with no motorized vehicle available, Rahm’s family had little access to health care. They were likely among the 4.13 billion people worldwide who would be required to walk 60 minutes or more to reach a health care facility if they couldn’t hire transportation.1 With no transportation, the government hospital was too distant for Rahm’s family to obtain proper medical attention, if they could even afford it. Instead, they relied on local village doctors, who were inexperienced. When Rahm’s symptoms first appeared, his parents had consulted a local doctor, but the medical treatment they received did little to alleviate their son’s suffering.

It was a common dilemma in their village. Many people were hurt and sick, and remained so because they lacked proper health care. According to the New York Academy of Sciences, “Good roads, often a rarity in the poor areas of developing countries, are required not only for people to go to health facilities but also for the easy distribution of drugs and other supplies to health facilities, for timely referrals in emergencies, and for better supervision of health workers.”2

Worry for their son continued to weigh upon Rahm’s parents. They applied what treatment they could, then watched helplessly as the small boy showed no improvement. Was his condition curable? In 2019, 5.2 million children under the age of 5, and an additional 500,000 children ages 5-9, died from preventable and treatable causes.3 Would Rahm recover if he only had the proper medical treatment?

GFA missionaries nearby knew of this remote village’s need for health care. Unfortunately, the need is common in areas where GFA serves. “The poor in [developing] countries suffer from a disproportionate burden of disease yet usually have less access to health care, whether measured by geographic accessibility, availability, financial accessibility, acceptability, or quality of care,” explains The New York Academy of Sciences.4 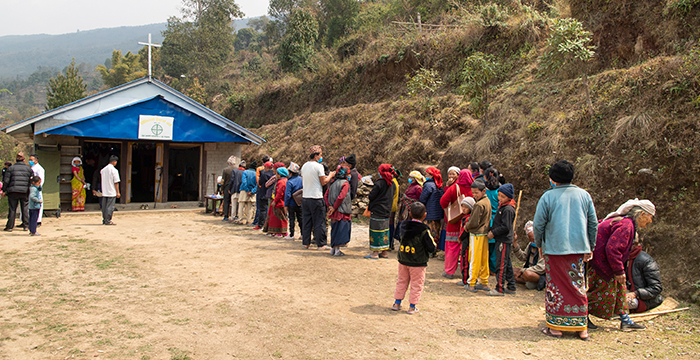 A GFA World medical team traveled to Rahm’s remote village (not pictured) to offer free medical services to those in need.

Burdened by the suffering of the sick who could not acquire proper medical care on their own, these GFA missionaries organized a free medical camp. Arriving at the village, the team, which included professional doctors, compassionately offered effective medical care for all those in need, including Rahm. 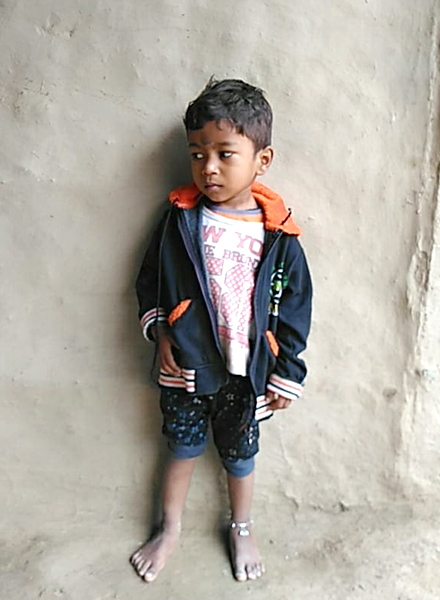 Hearing of the free medical camp, Rahm’s parents brought the boy for treatment. Perhaps fear and hope wrestled in their hearts. Would these doctors be able to help? Would their treatment make a difference for their boy, or was it futile to even try?

The experienced doctors immediately recognized the boy’s condition: chicken pox. Although generally mild in healthy children, the virus can develop serious complications—and even cause death—in a child with a weakened immune system.5 Malnutrition, common among impoverished families such as Rahm’s, often compromises one’s overall health and ability to fight disease.6 Perhaps Rahm’s parents held their breath as the doctor transitioned from diagnosis to prognosis. Surely Rahm would be okay, wouldn’t he?

The doctor advised against using local medicine, which would cause the boy to recover slowly. He gave the parents some medicated cream to apply on Rahm’s body instead.

A few days later, GFA pastor Miloh visited Rahm’s family to check on the boy and pray for them. Pastor Miloh immediately noticed the marked difference in the boy’s health. Rahm had already begun to recover and would heal completely in the days to come.

“This is the difference between the medically experienced doctors and the village doctors,” Pastor Miloh told Rahm’s parents.

Rahm was just one individual in the community who benefited from the medical camp and the effective treatment it provided. Many others in the village had also suffered from the lack of proper medical care. Mr. Noland, a local teacher, applauded the work of GFA’s medical ministry team and the help they brought to the community.

"At least half of the world’s population cannot obtain essential health services,"

“[The church] has been a great channel of blessing for our society and the villagers of [our] village,” Mr. Noland said. “[They do] lots of human services, and through which I and the villagers are deeply blessed and helpful. We deeply acknowledge their service and are grateful for [their] compassionate work.”

Common Plight for Half of World’s Population

GFA World’s medical ministry helps thousands in need of medical attention, but the need for such services is extensive. “At least half of the world’s population cannot obtain essential health services,” report the World Bank and World Health Organization. “And each year, large numbers of households are being pushed into poverty because they must pay for health care out of their own pockets.”7 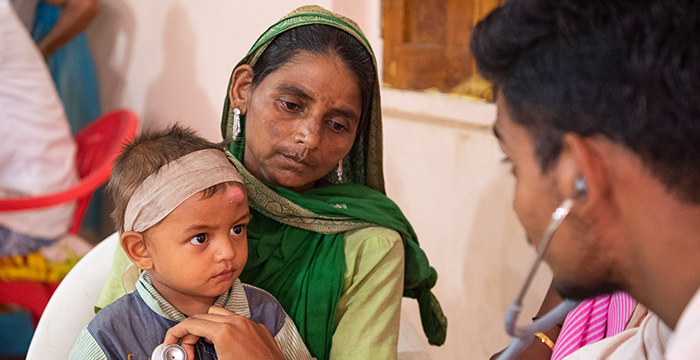 Like this boy, Rahm received medical care from a professional doctor at a GFA World medical camp.

Many families in developing countries, when battling sickness, must choose between going into debt or suffering from untreated ailments that may lead to death. Sometimes, they have no access to health care at all. Free health care in their own village provided by qualified health professionals, such as that offered by GFA medical camps, offers care that can literally save lives. It also demonstrates Christ’s love to people in need. You can help GFA medical ministry teams meet these physical needs while displaying Christ’s love to the sick and hurting.

Your gift toward GFA World's medical ministry can help thousands who are in need of medical attention, all while displaying the love of Christ.