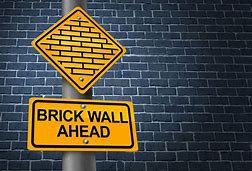 In the Discipleship Program, we recently finished an assignment where we chose a spiritual discipline and practised it for three weeks: I did not really ‘enjoy’ this assignment, but I learned a lot about grace.

I chose to work on the discipline of ‘quiet time’, and over all, it went very badly.

I really wanted to work on this discipline because though it’s already a part of my life through DP I often felt like I was doing it merely out of duty and wasn’t ‘getting much out of it’, so I tried to get up earlier to have more uninterrupted time with the Lord.

Before we started the assignment, we went through a book called “Before You Hit the Wall” by Danny Lehman. It talks about the spiritual disciplines, what they are, why to practice them, and practical tips on how to do so. I tried really, really hard to follow the suggestions in the book by setting goals and going to bed early enough to get up to have quiet time. However, even though (for the first few days) I got up almost an hour earlier, I ended up having the same amount of time with the Lord, and I was more tired, so I got off with a bit of a rocky start.

I went to our Discipleship Program coordinator for help and she suggested that I take time later in the day to meet with the Lord, so I did and it was wonderful. Still I struggled to remember to take the time and also to know what to do with the time. I felt aimless. I tried to set new goals, but they always came out as vague as if I didn’t have any. Every time I tried to come up with a form to structure my afternoon quiet time it just became another box to check off my task list.

Through this I struggled a lot with feeling like a failure and like I needed to be doing more, because what I was doing wasn’t ‘good enough’. Then the Lord really spoke to me through the Mary/Martha passage in Luke 10. I really wanted to be like Mary and sit at the Lord’s feet, but He showed me that I was going about it like Martha - always trying to do something. I was very much trying to prove that I could do it out of my own strength and personal discipline, instead of relying on Him. It felt stupid that I would have to rely on Him to do something as easy as having a 20 minute quiet time, and most of the time I came away at least slightly frustrated with my own inability to have a focused quiet time.

So, I’m still having a hard time agreeing with the Lord that my quiet times were not a total failure. In the book Danny Lehman talked about how discipline creates an atmosphere where we can grow. I can see how the Lord did use these disciplines to help me grow, even if it wasn’t in the area or way that I thought He would or wanted Him to. I really wanted to develop a habit of spending time with God, not just making requests/demands or reading the Bible, but to know His presence. I think I had to try in order realize how much this isn’t something that I do. The Lord had to show me that I don’t have or need a one-thing-is-always-right pattern to follow, but a Person, and that while structure is good, it must stay in its place as the means of knowing God and not the end to be arrived at.

According to myself, my self imposed standards, logic, and reasoning, this assignment was a total failure, a grand flop.

But, according to God, it was a success - because God doesn’t use the same measuring tape I do, and He knows where I need to grow a lot better than I do.

Great reminder dear friend!!! Thank you for sharing your struggle to intentionally carve out quiet time to simply listen for the voice of The Lord. It's worth it!!!