Why I chose to come to the GFA Discipleship Program 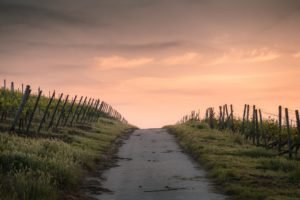 The focus of  GFA Discipleship Program is to know Jesus more fully and intimately and that is what I was longing for in my own life. Growing up in a Christian home I knew a lot about what it meant to follow Christ but often times knowing was only as far as it went, I didn’t actually live it out. I felt frustrated because I knew my walk with the Lord was not where it should be at but I didn’t know what to do about it. In my heart I wasn’t satisfied with just a superficial relationship with the Lord. I wanted to experience that kind of Christianity that I read about in the Bible, to look beyond what I experience in the here and now and live in light of eternity. It was out of this dissatisfaction with “good enough” Christianity that God challenged me to lay everything aside for one year and come to DP to pursue Him.

#2 I came to be involved in missions.

When I was 18 years old I went on my first short term mission trip to Malawi, Africa and it opened my eyes to the reality of a world in need of Christ. God challenged me to see the people I met as He did, broken and lost without Him, and He began to stir in my heart a desire to commit my life to reaching the world with the hope of the Christ. I returned home knowing that God was calling me to be involved in missions in some way but not knowing how or what that would look like. It was around that time that I first started to consider coming to GFA Discipleship Program. It is a unique program offering young people the opportunity to spend a life-changing year at GFA’s home office in Stoney Creek, Ontario, Canada. Participants come to study and grow in true discipleship as well as serve in a ministry role alongside GFA home team staff. The program provided the perfect opportunity for me to not only be involved in missions but also to grow in my walk with the Lord. After learning about the program it took quite some time before I actually had the courage to commit to coming. I knew that God was calling me to set aside one year of my life to pursue Him but I wasn’t yet willing to leave behind all that I was comfortable and familiar with in order to obey His voice.

#3 I came to step out of my comfort zone.

I was never the type of person to pursue adventure. I would much rather stay with what was safe and familiar than to step out with faith into the unknown. Needless to say the decision to come to the Discipleship Program was a pretty major one for me. To start with there was fundraising, which meant I had to actually talk to people and ask them for money, there’s nothing safe and comfortable about that. I had to be willing to leave behind my home and family for one year, move across the country to Ontario, (Did I mention leaving the farm to live in the city for the first time?) and live with a bunch of people I had never met before. While I knew that stepping into the unknown would be scary I also knew that I would benefit greatly from it. Because I would no longer be able to rely on what I was comfortable and familiar with I was going to have to totally rely on the Lord and trust in His grace to see me through. I knew that the Lord was asking me to be willing to let go of reliance on self and instead rely totally on Him.

One aspect of the program that really stood out to me was the opportunity to live in community with believers whose passion is to love Christ and to serve others. I wanted to not only learn more about following Christ but to actually see it lived out in daily life. My desire was to learn from the example of older brothers and sisters who have walked with the Lord for many years and don’t just talk about having a radical faith, they actually live it out. The staff and leadership of GFA are committed to knowing the Lord and giving of their lives to make Him known to the world around them. They were willing to invest in my life and allow me to be a part of theirs showing me what it looks like to live as a part of the Body of Christ. I knew that community living would help me grow in being willing to open up my life to others, which was an area of my life that I struggled with. My desire was to develop Godly relationships that would and encourage me to pursue Christ above all else and keep me accountable in my walk with the Lord.

Written by a Discipleship Program Student

Do you have a desire to know Christ more? A hunger to pursue His call? Don’t wait any longer—apply to GFA Discipleship Program and find yourself transformed in the year to come!